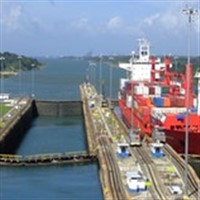 Experience the Caribbean as only Holland America Line can deliver.  Discover the many pleasures of an elegant, mid-sized ship.  This unforgettable journey begins on Holland America’s private Bahamian Island before sailing south to Aruba, Curacao, and a partial transit through the Panama Canal.

Ft Lauderdale
Upon arrival into Ft Lauderdale, transfer to your hotel for your overnight stay. The rest of the evening is on your own.

Ft Lauderdale/Board the Eurodam
Holland America Line’s first Signature-class ship, Eurodam has recently received many exciting updates. Guests on this graceful ship can enjoy the full Music Walk™ experience, including Lincoln Center Stage, B.B. King’s Blues Club and Billboard Onboard. Explore onboard at a cooking class or hands-on workshop with America’s Test Kitchen, BBC Earth Experiences and a Digital Workshop Powered by Windows®. Dine in your choice of specialty restaurants.

Half Moon Cay, Bahamas
Holland America’s private Bahamian Island, Half Moon Cay, welcomes you with a crescent of white sand beach rimmed in blue, and a lovely little cabana you can rent for the day to enjoy it.

Day at Sea
Today will be a full day at sea as you venture south toward the Dutch Islands.

Oranjestad, Aruba
Located off the coast of Venezuela, the windswept Dutch island of Aruba is otherworldly. Here, the beaches are spectacularly pristine, the waters are romantically restless, the island interior is lunar-like and filled with cacti, and the trees are-quite famously-bent in the wind. The island’s consistent trade winds are part of the destination’s allure: They keep the humidity, rain and hurricanes common in much of the Caribbean during its off-season at bay. The main port and capital city, Oranjestad, is a maze of Dutch-colonial architecture painted in a palette of Caribbean pastels. There are some historic sites of note and myriad shops, from boutiques to megastores, selling all sorts of keepsakes, with jewelry and gold being popular items-in fact, gold was mined here in the 19th century. In Oranjestad and along the beaches you’ll also find a treasure trove of excellent seafood restaurants, while farther afield are lighthouses, gold mine ruins and natural wonders that reflect the rugged appeal of Aruba.

Willemstad, Curacao
The capital of Curaçao, Willemstad, is almost as old as a more famous Dutch settlement—it was founded in 1634, just 10 years after New Amsterdam, later called New York. But while the Dutch control of New Amsterdam was relatively brief, Curaçao remains a part of the Netherlands to this day. Its historic center is a unique mixture of Dutch architecture and Caribbean pastels, its gabled row houses overlooking Sint Anna Bay, a waterway dividing the city in two and connecting the Caribbean to the protected Schottegat Bay. The entire historic center of Willemstad has been recognized as a UNESCO World Heritage Site. While Willemstad’s legendary days can be explored at sites like the Kura Hulanda and Curaçao Maritime Museum, this is a vibrant, living city too. Highlights of this multicultural melting pot might include a stop at its floating market and a visit to a Curaçao distillery to taste the famous local liqueur. Natural wonders await as well: Some of the Caribbean’s most stunning diving and snorkeling spots are here.

Cartagena, Columbia
Its official name is Cartagena de Indias-or-“Cartagena of the Indies-but call it Cartagena for short. The formal name hints at this Colombian city’s colonial relationship with Spain; it was founded in 1533 and named after the mother country’s Cartagena. Colombia declared independence in 1810, but there’s plenty about its fifth-largest city that evokes old Spain, including the impressive fort of Castillo San Felipe de Barajas, and the wall that encloses the old town, one of the few intact structures of its kind in the Americas. Both were considered important enough to inscribe on UNESCO’s list of World Heritage Sites in 1984. They may be historical artifacts, but the fortress and wall aren’t merely tourist attractions; they are central to daily life here. Take a stroll and you’ll see couples sitting atop the wall, locked in passionate embraces; parents watching their children walk it like a balance beam; and friends chatting while enjoying the Caribbean breeze.

Cruising Panama Canal & Gatun Lake, and Colon, Panama
Think of the Panama Canal, and the image that may come to mind is of the world’s huge tankers and cruise ships passing through a series of locks. That, however, reflects only one aspect of this part of the world. As ships travel from the Pacific to the Atlantic, they also pass colonial towns, historic fortresses and manmade lakes that are today home to sanctuaries for hundreds of different animal and plant species. At the canal’s Pacific entrance, Panama City’s glittering skyline of office towers and condominiums reflects the country’s dynamic present and future. Some 77 kilometers (48 miles) to the north, at the Caribbean entrance to the Panama Canal, Colón evokes the old Panama of yesteryear, with its historic buildings gradually being restored. Traveling between these two cities, an epic tale unfolds before you-an old-school feat of engineering, ambition and courage. As David McCullough recounts in his sweeping history The Path Between the Seas, it was a combination of sheer human might and engineering prowess that today allows ships to cross the Panama isthmus, saving sailors from making the dangerous, almost 13,000-kilometer (8,000-mile) journey around the tip of South America.

Puerto Limon, Costa Rica
Puerto Limón probably isn’t the most bustling port you’ve ever visited, but don’t be put off by its facade; like most coastal towns in Costa Rica, it is a perfect base from which to explore an attraction- and activity-rich region that can fulfill a variety of interests. You’re never far from a rain forest or outdoor adventure in Costa Rica, and there are lots of day trips from Puerto Limón that allow you to pack in an adrenaline rush or a few more ticks on your birding list within just a few hours. There are treetops for zip lining and rushing rivers for whitewater rafting if you’re a more active traveler, and animal lovers can take sanctuary tours in and around Puerto Limón. Of course, when it comes time to eat, there’s plenty of the national favorite, gallo pinto (rice and beans), and as with many port towns, there is lots of fresh seafood and even an upscale Italian restaurant. As for shopping, you can find arts and crafts that were made locally as well as edible treats like handmade chocolate.