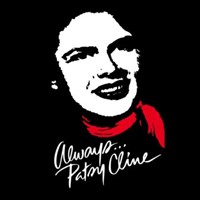 Always…Patsy Cline is more than just a tribute concert to the legendary country singer who died tragically at the age of 30 in a plane crash in 1963.  The show is based on a true story about Cline’s friendship with a fan from Houston named Louise Seger, who befriended the star in a Texas honky-tonk in 1961, and continued a correspondence with Cline until her death.  The musical play, complete with down home humor, true emotion and even some audience participation, includes many of Cline’s hits such as “Crazy”, “walking After Midnight”, “I Fall to Pieces”, “Sweet Dreams” …27 songs in all.  The show title was inspired by Cline’s letters to Seger, which were consistently signed “Love ALWAYS….Patsy Cline.”

Prior to the performance of Always Patsy Cline at Totem Pole Playhouse you will enjoy a choice of Baked chicken with mushrooms, supreme sauce and baked potato, broiled flounder with lemon butter and baked potato or baked ham with pineapple raisin sauce and baked potato at the Dobbin House. Lunch will include tossed salad with homemade dressing, home baked breads with whipped butter, coffee, tea, iced tea or lemonade and a dessert.